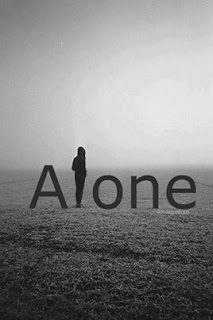 Since I’ve been doing videos more, I haven’t been writing as much but I decided to write this one out instead of doing a video, so can we talk? Can we have a heart to heart? Alright, let’s chit chat…

Have you ever been in a place where it just feels like you’re by yourself? It’s beyond the point of a season of loneliness because it’s not really a time where God is stripping things from you but it’s like there’s not even anything for God to take away…because you’re by yourself. You have all these different things going on and you want to talk to someone about it but you don’t really have anyone to talk to. I mean you could talk to this or that person but you don’t know how they would receive your crazy…or you don’t want a pity party. You don’t want it to seem like you’re complaining or you just feel like the person that you would normally talk to can’t relate so you just keep it to yourself. You internalize all of these things to the point that you can feel them slowly brewing on the inside of you. It seems like no one sees, no one cares, and you just kinda feel stuck. You feel by yourself. 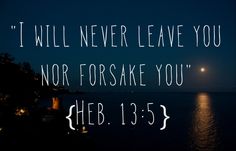 It’s a weird season to be in; it’s an awkward place to be when you are known as being the one who encourages, inspires, pulls it together in hard times, remains calm, keeps the peace, is slow to anger…it feels as though you always have to be this way. It feels like you have to say something encouraging, positive, and uplifting all the time. In other words you always have to be “on” even when you’re feeling off. So you get used to pretending; it is so exhausting pretending. You smile, you respond to emails, you post encouragement and scriptures all while you are dealing with things that are rocking your foundation to its core. You question God, you doubt your calling, and you ask why this is your portion and you deal with all of this by yourself. You want to talk about it, you need to talk about it, but you don’t…because you feel like you’re by yourself.  It’s almost like you want someone to realize that you’re not okay without you having to walk around with a sign on your forehead that says “yoo-hoo, hey over here! I’m not okay.” You want someone to genuinely check in on you without you having to say something first. 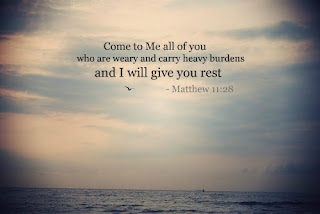 If I can be honest, I’ve experienced all of these thoughts/feelings at some point throughout this year. I’ve been experiencing an interesting season and the reason why I say it’s interesting is because it’s a season that I’ve been in before. To be honest, I’m not quite sure why I am here but that’s okay. I initially didn’t feel the need to talk about it because I’ve done so many videos on it and I figured there wasn’t much more to say on the topic however, after watching videos/reading blogs by people that touched on this area I decided to talk about it. 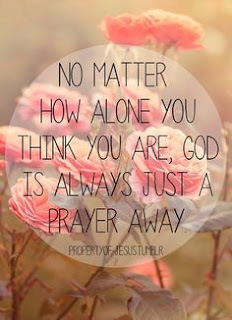 It has been somewhat of an awkward season of transition for me. I’ve been in a place where literally everyone around me is either in a relationship, engaged, or getting married. It’s interesting because I don’t have the desire to be in that season right now, but it’s becoming more evident to me that they're pairs and I’m by myself. I don’t mean by myself in the sense of not being in a relationship but more so just figuring out where I fit in when it comes to pairs and groups. It's not coming from a place of jealousy, coveting, or comparison but just more so an evident reality of being just one amongst a bunch of pairs. Hopefully that makes sense. In addition to this, when I’ve been dealing with different things I’ve chosen not to talk to the people that I usually would for whatever reason which led me to internalize a lot of things. It got to a point where I was so angry about different things that was going on that this rage began brewing inside and eventually it poured out in different areas of my life. So this led me to do a soul detox (which I’ll be sharing later this month for the Changed Hearts: Kill My Will for August) to help me to see my heart and to let go of some things because I did not like the person that I was becoming. Throughout this time, God has revealed some things that I'm telling to myself while also sharing them with you. 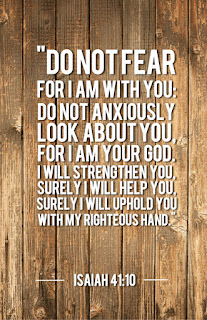 A lot of times during a season of loneliness or when you’re just in a place where you feel like you’re by yourself it doesn’t seem like something that you would welcome. Trust me I know! But what if you looked at it as an opportunity versus a point of opposition in your life? James 1:2 tells us “when troubles come your way, consider it an opportunity for great joy” (NLT). Now if you just stop reading right there you would be looking like uhm #ByeJames! Why would I take delight and joy when I’m facing things that are making me feel empty, broken, frustrated, busted, and disgusted??? Those are not happy words so come again! But when you keep on reading verse three says, “For you know that when your faith is tested, your endurance has a chance to grow” (NLT). Now I’m sure you’re like, Angel what does this have to do with me feeling by myself girl?!? When you’re in a place where you are by yourself it gives you an opportunity to really give your attention to God. The issue with this however, is that the enemy also realizes this so he will send different things your way to aggravate and irritate you so that you fall away from  God instead of turning towards Him and allowing Him to grow you. You have to realize that when you are in a place where you are feeling alone and by yourself, God is oftentimes trying to get your attention.

A lot of times instead of giving God our attention we end up pulling further away from Him and we get in these moods and funks and we get irritated with ourselves because our attitudes have become so nasty. We have no patience, everything gets on our nerves, and we don’t feel like getting into our word or spending time with God because we’ve allowed all this gunk to get into our hearts. If  we do attempt to spend time with God we feel so disconnected and it’s almost like we don’t even know where to begin. So now it appears that not only are we alone in the natural sense but it also feels like God has left us by ourselves. Can you say a test of faith?

The question isn’t really why are you in a season of loneliness or why do you feel like you’re by yourself but the real question is what are you going to do now that you’re in that place? Are you willing to press through the test? Are you even willing to take the test? I know that it can be difficult when you’re in a place where you feel like you’re by yourself and it would be so easy to sit here and say it’s only a season, seasons change, in due time, etc., but the reality is sometimes it might be awhile before your season changes or it may not even change. Very encouraging, I know…but it’s the reality. Another reality however, is that God never puts you in a place without a purpose in mind. So what if that purpose is to grow your faith in Him and give you the strength that you need to endure? You don't want to miss out on that opportunity simply because you got frustrated and distracted in the midst of the test. Know that God is for you even when it seems like you're by yourself, you have no one around, things aren't going in the manner that you would like, and whatever else. Sometimes when you're in that place of feeling by yourself it is easy to forget that God is for you. Don't lose sight of that and don't allow your current place to make you forfeit the destination that He has for you. Stay encouraged.